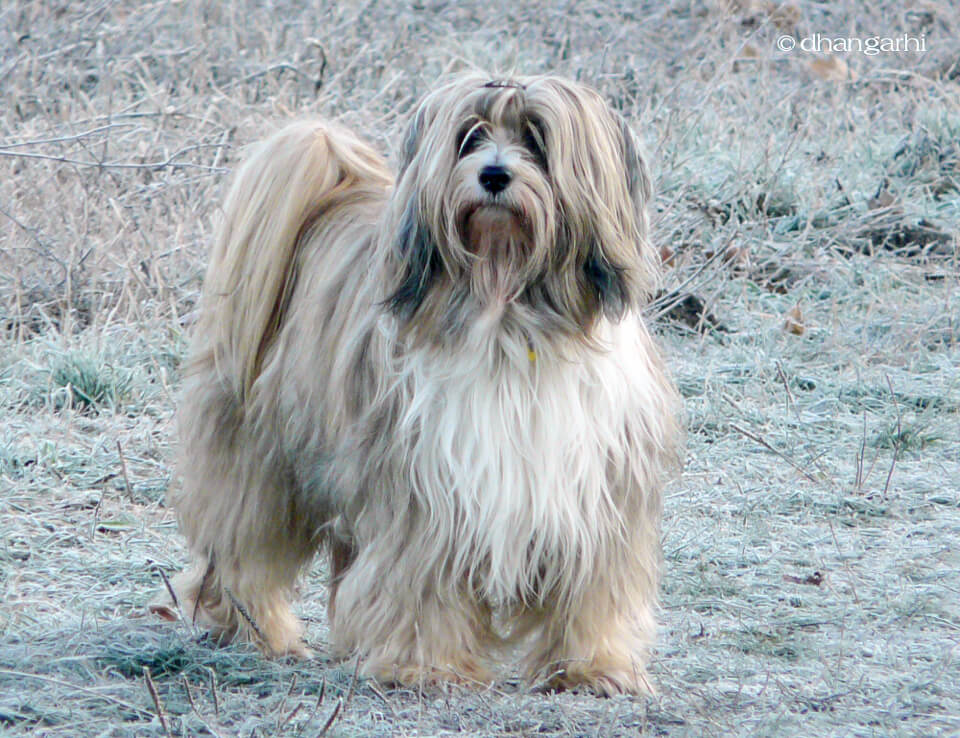 Shaggy was my favourite puppy from Vicky´s last litter, so I decided to keep him for myself. Anyway, he himself had chosen to stay with me long before. Already like a small puppy he was often lying by my legs and watching me – looking directly into my eyes, while all other siblings were playing and frolicing. So, the affection was reversible and he stayed. I just couldn´t give him away, although my initial plan was to keep for myself only a girl from that litter. Shaggy was a pure extrovert, he was a very fun and nice companion, liked to keep our attention and to meet new people, always ready for new adventures.

He has reached great show successes and he was a father of 16 beautiful puppies in 2 litters. His first litter was born in Hungary, in 2002. His daughter Rozsdás Halász Golden Valley was the most succesful young tibetan terrier in Hungary in 2003 and she got 13x CAJC, BOB a BIS. His second litter was born in June 2011, in the Drog-Tso kennel in Slovakia, when Shaggy as 11 years old became a father of 9 puppies (!) with a bitch Metog von Shangri-La, imported from Hungary.
He was an extraordinary dog. One in a lifetime. Cheerful, full of energy, always in a good mood … i will remember him like that forever.